Is It Harder for Millennials to Get Hired? 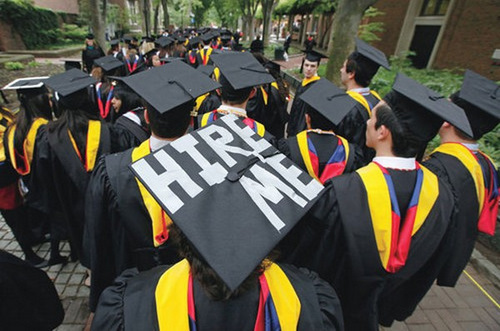 Popular perception leads us to believe that millennials have it bad when it comes to unemployment. Real bad. The unemployment rate for people in their early 20s is at 10%. That means one out of every ten of your friends who wants a job, any job, isn’t able to get one in today’s economy.

Millennials seem to be doomed to the impossible task of starting a career in a post-recession labor market. The common refrain we hear is too many people, too few jobs. We’re often left to wonder if it will ever get any better.

But how bad is millennial unemployment when stacking it up against the rate of other generations?

We plotted 65 years of unemployment data from the Bureau of Labor Statistics to find out. The data looks at unemployment rates for 20 to 24 year olds, from 1950 all the way up to 2015.

What we found is not what you’d expect. 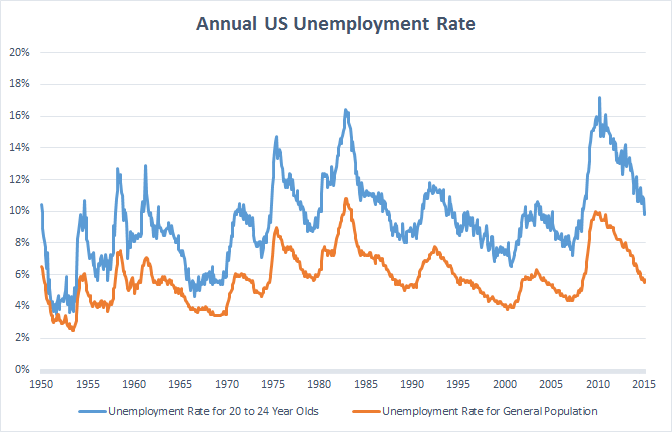 Source: Bureau of Labor and Statistics

If you look at the above graph you can see that the current 10% unemployment rate for entry-level workers is just above the historical average of 9.44%. Compared to our parents’ and grandparents’ generations we’re really no worse off than they were when they entered the job market. At least with regards to finding a job.

It’s tough to get a job as a recent grad, no matter what year you grow up in.

Though Recent Grads Have It Worse

How much higher? The unemployment rate for young adults is about 1.6 times that of the general population. That means it’s pretty much always been 60% harder for people first entering the workforce to become employed than everyone else.

What this data tells us is that the hardest time to find a job is when you’re in your early 20s, which for recent grads is right now. So yes, getting a job in your 20s is hard. But it’s always been hard. It’s not a millennial thing, it’s a life thing. 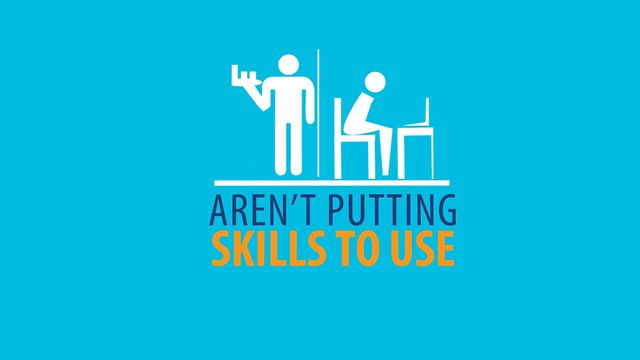 What we find is that while recent grads have the most problem getting any jobs, they more importantly encounter difficulty getting the right jobs, jobs that are full-time, meaningful, and utilize the critical thinking abilities and informed perspectives that a college degree grants them. And on a societal level, underutilizing our young people in the workforce on such a massive scale is an even bigger issue than a 10% unemployment rate.

That’s why Lynxsy’s mission is to provide recent graduates with meaningful work opportunities. We believe that everyone deserves a job that puts his or her education to good use, even recent graduates. The opportunities at the companies we partner with aren’t just for clock-in and clock-out, 9 to 5 jobs. They’re chances to make an impact, challenge the status quo, and work to overcome seemingly impossible challenges on a day-to-day basis.

So whether you’re in that 10% of unemployed recent grads, you’re not exactly feeling your current job, or you just want to see what else is out there to get you on the right path, check out Planted.