February 19, 2016 on The Planted Blog and Startup Life 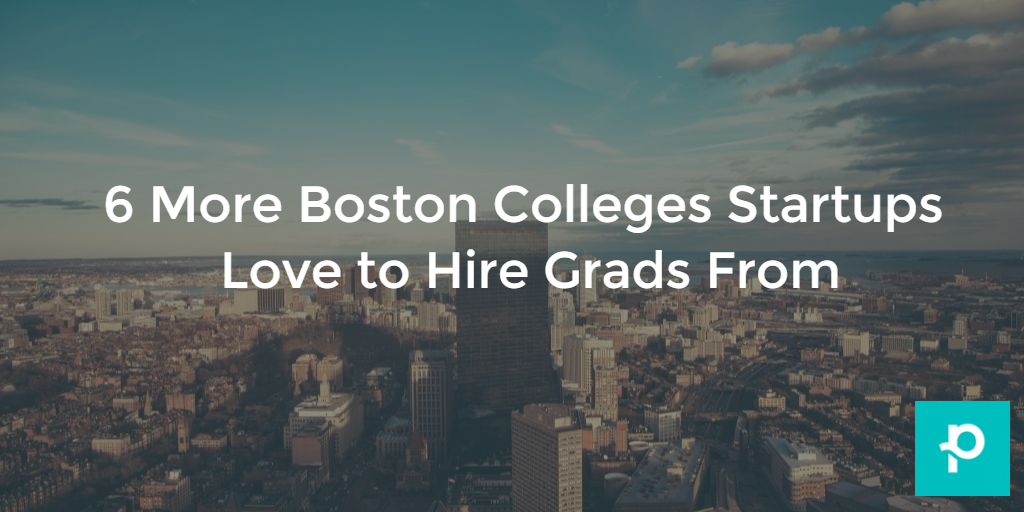 Boston’s known for doing great things in the startup community. Whether they’re attracting top talent, or coming up with the next big tech idea, Beantown is a hub of innovation. Part of the reason for Boston’s success in the startup community is the fact that there are so many smart, motivated students graduating from its over 100 universities. We’ve decided to take a look at some of the most entrepreneurial colleges in the Boston metro area and show why we think their grads are set up for startup success.

Babson has been ranked #1 on Entrepreneur magazine and Princeton Review’s list of top 25 colleges for entrepreneurship for 21 years in a row. College? More like startup boot camp.

Founded by an entrepreneur, Babson has been drinking the entrepreneurship kool-aid long before “startup” was an SEO keyword. Entrepreneurship has been a major for over 50 years and all freshmen take a course on the Foundations of Management and Entrepreneurship. Babson also boasts the on-campus Butler Venture Accelerator Program, an intensive Summer Venture Program, and professional co-working spaces called Hatcheries, ensuring that innovation is an all-access, year-round pursuit. Babson’s entrepreneurial resources are housed in the Arthur M. Blank Center for Entrepreneurship, a dedicated hub for all things startup.

We have Babson grads to thank for some of life’s greatest guilty pleasures: Zumba, PaintNite and Quiznos (as well as Home Depot and Gerber). More “why didn’t I think of that” companies from current students include Think Board, which turns any surface into a dry erase board, and Greenlight Technologies, which develops wireless charging solutions for those perpetually 13% charged smartphones. Check out The Entrepreneurs, a cinematic archive of Babson success stories for even more #inspo.

Boston University’s all-encompassing Entrepreneurship@BU program approaches entrepreneurship by connecting academia to industry and bridging the gap between business and technology.

The Questrom School of Business offers an Entrepreneurship concentration and the idea guys can find their future co-founders next door at the College of Engineering, which offers a Technology Innovation concentration. In fact, the Electrical & Computer Engineering major sponsors the BU Startup Fair, which has doubled since last year. The BUzz Lab provides physical office space (“The Hive”), rapid prototyping resources, and innovation engineering labs to student imagineers. The student-run Entrepreneurship Club includes a Venture Accelerator and a Tech arm and plans events for all parts to mix, mingle, and make things happen.

Mount Holyoke College, a liberal arts college for women, is the brainchild of Mary Lyon, an innovator for women’s education back in the 1800s, who raised money to start the school during a severe economic depression.

MHC’s student ventures are inspiringly global and socially minded. Spotlight on Ellen Chilemba, ‘17 who was featured on Forbes’ Africa’s 30 Under 30 List in 2015 and perhaps even more impressively, Humans of New York. Chilemba’s company Tiwale is a for-profit social enterprise that provides job training and microfinancing to women in Malawi. She started the company when she was 17.

The Smith curriculum includes two one-week deep-dive courses on Introduction to Innovation and Entrepreneurship in Practice but much of the real action happens outside of class.

The epitome of girl power, Smith’s Center for Women & Financial Independence combines entrepreneurship with an emphasis on financial literacy in both personal and professional spheres. The center is an umbrella organization for dedicated entrepreneurial resources such as a Startup Weekend, Elevator Pitch Competition, and E*TEAS, informal meetings with local entrepreneurs.

Smith is home to the annual Draper Competition which invites women in entrepreneurship from 15 institutions to compete for over $25K in prize money. While its namesake invokes images of unbridled masculinity, the large-scale challenge is all about the independent women and is a huge step toward closing the gender gap in entrepreneurship.

In 2014, the University of Massachusetts Amherst was given a $10 million dollar gift from an alum and used the money to create the Berthiaume Center for Entrepreneurship within the Isenberg School of Management.

The center runs the Game Changers blog to keep students up to date on all campus events. Recent events include a talk by DraftKings CEO Jason Robins, a hackathon, and an Innovation Challenge. The center also empowers multiple student organizations to run their own events. The Berthiaume Student Innovators is an interdisciplinary student group made up of the self described “hackers, hipsters, & hustlers of UMass Amherst.” The Entrepreneurship Club inspires students to inspire each other through events like TEDxUMassAmherst and Round Robins to meet potential cofounders. The Hackers of UMass make sure students have their back-ends covered too with a calendar full of local hackathons and an inclusive network from experts to newbie programmers.

The UMass Innovation Challenge is the true test of any dorm room company with $65K in prize money for students and recent alumni from any of the UMass campuses. One post-challenge success story comes from Samuel del Pilar who founded Sneakers for Success, a curriculum teaching STEM, design, and marketing through the product lifestyle of a sneaker. 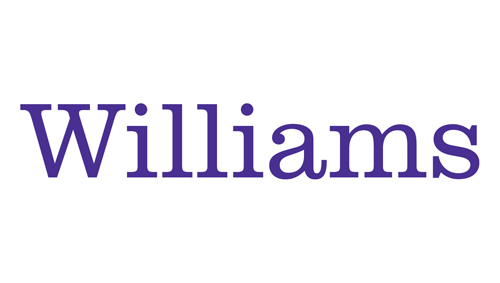 Williams College is a highly regarded liberal arts school with a unique 1-month Winter Study program for all students. The Winter Study offers entrepreneurship classes for business strategy and ideation as well as the social sector and real estate, encouraging students to hustle rather than hibernate.

Entrepreneurs@Williams, the heart of entrepreneurship on campus, was started by a group of professors, staff, and alumni from all different areas (including chemistry!). In 2015, the team held the 5th annual Williams Business Plan Challenge which gives out $15K, mentorship, and professional space to the student businesses with the greatest chance of attracting investors, prioritizing social enterprises. In an article for Under30CEO, Katy Gathright ’12 of Designed Goods, the winning concept in 2012, said that beyond the prize money, the most valuable outcome of the Challenge was the ability to connect with Williams alumni in person.

Notable entrepreneur alumni include Mariam Naficy, ’91, founder of Minted, an online market for crowd-sourced stationary designs, and Akilah Rogers ‘04, founder of Rogers Empire, a family run real estate business in the south side of Chicago.

As you can see, these Boston schools are doing a ton to prepare their graduates for the 21st century workforce. Whether they’re hosting accelerator programs, putting on hackathons, or encouraging entrepreneurship clubs, these schools are setting their graduates up to become leaders in the startup community. And while many of these alumni are thinking outside the box and leading teams at startups in Boston and around the world, a lot are also taking the initiatives to become entrepreneurs themselves. In that way, education really does become the catalyst for innovation.

Interested in startups and want to apply to Boston jobs in seconds? Sign up on Planted now!

If you can't get enough Boston colleges, check out our first article in the series here.